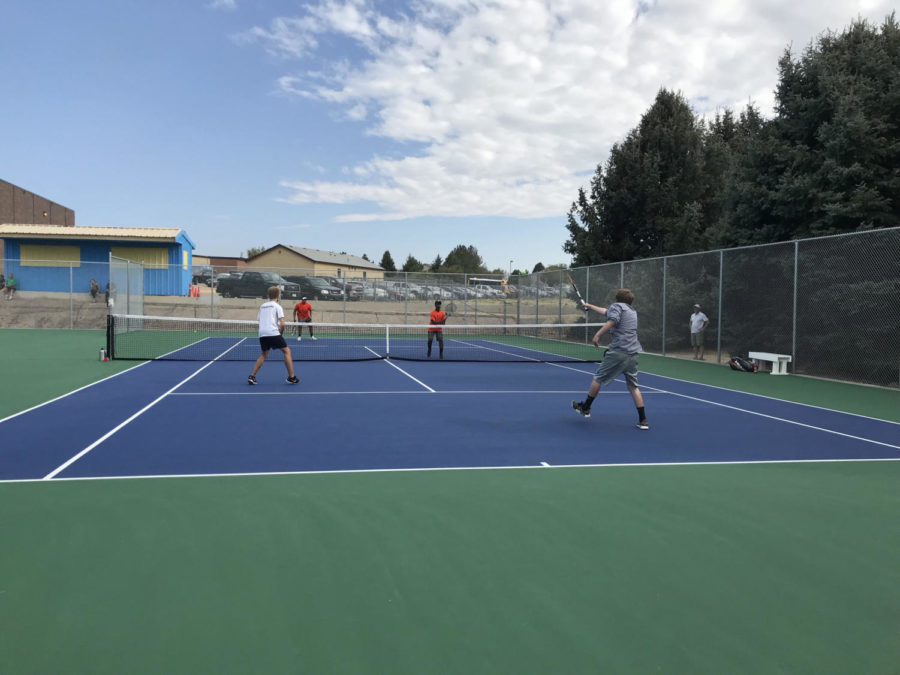 Brayden Startzer, right, is making an impact as a player on the Greeley West tennis team, despite having never played before.

The Spartan Boys Tennis team played home against Central High School this Tuesday. The team crushed the Cats with a resounding victory from every match, 7-0.

Senior, Brayden Startzer, played in his first No 3. doubles match with the score 6-1, 6-2.“I feel proud of myself, but most of all, I’m proud of my team for coming out with a 7-0 victory,” Startzer said.

Startzer had never played tennis before this year and is a former Wildcat, which gave him an interesting perspective on the rivalry match. Startzer attended Greeley Central his sophomore year and returned to West during his junior year.  After being a manager for the girls’ tennis team in the spring, he decided to play tennis this season.

Startzer didn’t have a lot of training, but was able to still make the varsity this year.  “I felt fortunate. I made three doubles after not having played the sport. I do believe my several years of baseball made tennis come more naturally to me,” Startzer said.

Startzer played baseball for eight years before a shoulder injury prevented him from playing in high school. However, Startzer still appreciates the skills he learned from baseball.