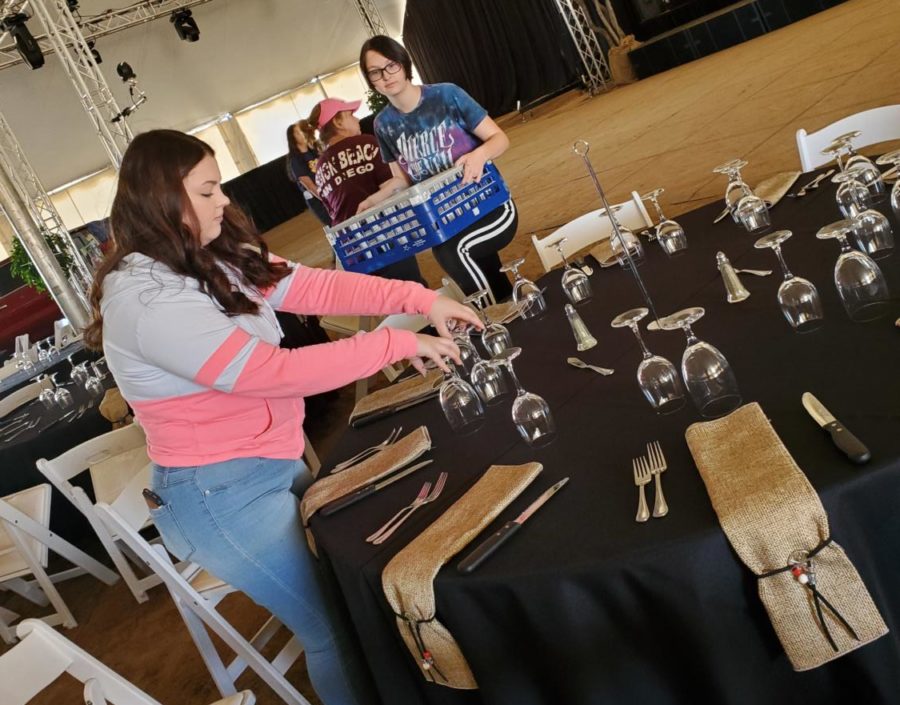 On Saturday, Key Club decorated for Cattle Barons Ball, a fundraiser event to raise money for the American Cancer Society.

Key Club has decorated for Cattle Barons for many years now.  Each year, the American Cancer Society has ended the night by outdoing the previous year’s donations.  Cattle Barons Ball raised nearly a million dollars for with nearly 800 people in attendance.

Students from Key Club spent the morning decorating and setting up tables for one of the most looked-forward-to events for Key Club participants.

Senior Katie Junker described Cattle Barons as a great way to do community service. “It’s really inspiring knowing you get to help set up such a big event that benefits people all across America,” Junker said.

Attendants were also present for a silent auction, the main money-maker of Cattle Barons. There was signed memorabilia and expensive clothing being auctioned off to attendants, shooting the roof off of the organization’s original goal to be raised.

There was one surprising point about the ball this year: being hosted in a tent. The tent was set up in the middle of an open field, with a solitary dirt road leading up to the grandiose entrance.

Overall, the night was a huge success for Key Club and the American Cancer Society.