Hilbig adjusts to job as administrator 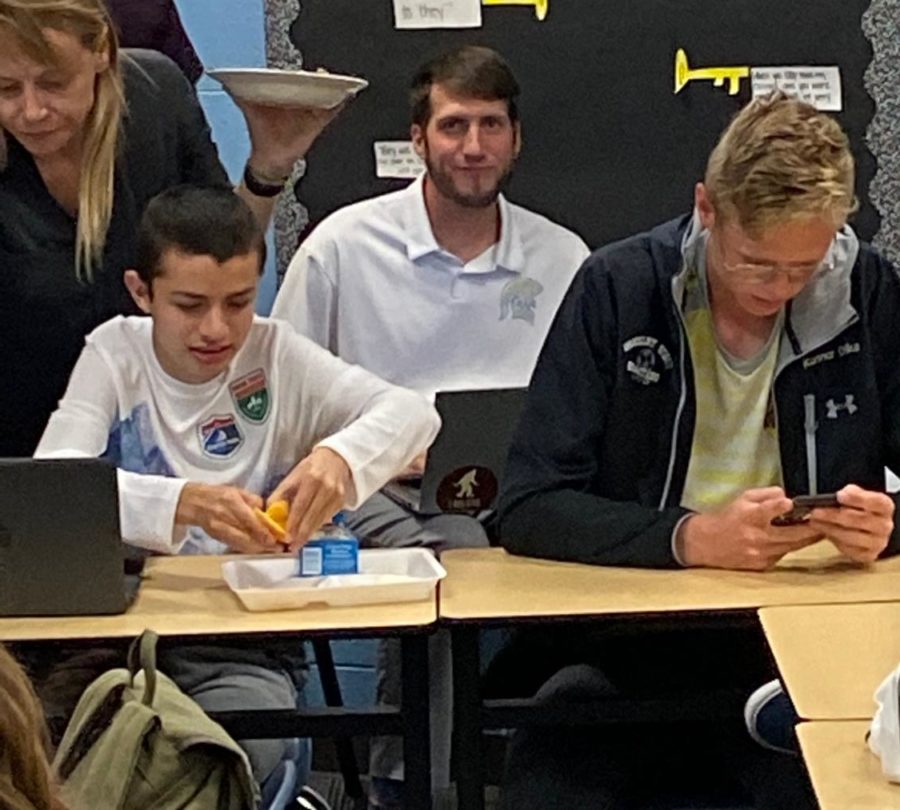 Mr. Ryan Hilbig listens into stduents during the last Student Council meeting on Tuesday as they prepared for Homecoming. Hilbig is enjoying his new job as an Athletic Director.

Greeley West offers opportunities that are not limited to just students.  Staff members like Mr. Ryan Hilbig have also been able to grow in their career as a result of their experiences at West.

Hilbig was offered the position of interim athletic director following the retirement of Mr. Ken Denning.  While the position is not permanent, it has given Hilbig the opportunity to meet his personal goals and to develop as a leader after receiving his masters degree in adminsitration.

Being the athletic director and assistant principal has its differences compared to being a history teacher like Hilbig had done for the first eight years of his career.  Hilbig is juggling the business of being a part of the office staff without much spare time to sit down.

Hilbig hopes he is helping to create a positive culture within West’s athletic department, including in-building and out-of-building coaches.   As the assistant principal, he wants to help increase school spirit, school pride and help make a positive change for teachers and students here at West.

Although he doesn’t get the opportunity to see the same students every day in a classroom setting, Hilbig is learning to embrace the new challenges along with learning more about how everything around him works every single day.  Prior to this position, Hilbig worked as a social studies and history teacher last year.

Hilbig hopes to make this a permanent gig after the extended tryout.  “Last year, when I came to West, I really fell in love with the staff and kids,” Hilbig said. “I really enjoy it here and I think there’s a lot of potential here at our school and I wanted to be a part of that.”