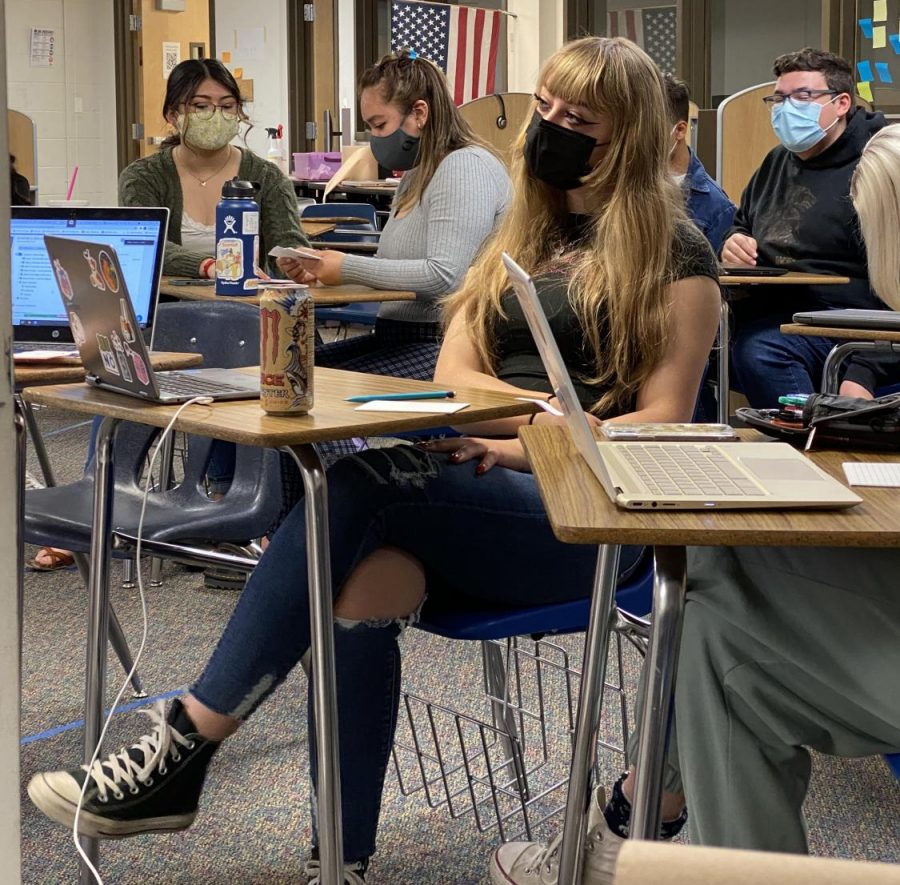 If you’ve ever heard of Ivy League colleges, you’ve probably heard about how difficult it is to get into them. These prestigious schools have great reputations for having some of the best academic programs for undergraduate and graduate students. But with great programs comes a very competitive admissions process.

Cornell has been Becker’s dream school ever since she was a little girl. Becker is one of just 5,836 students for the class of 2025.  Becker was shocked to discover that she had been admitted. “I honestly had no idea that I would get in, but I was really ecstatic,” said Becker.

Becker found out she had been admitted to the Ivy League on April 6. She had refused to open her decision and tried not to think about it all day. She was almost certain that she would not be admitted, so she put it off for later. Finally, Becker decided to log in and see if she had been accepted.  Becker was so overwhelmed with emotions upon receiving the news that she broke down in tears in the cafe she was sitting in.

With Cornell being one of the top schools in the United States in Veterinary Medicine, Becker has made the decision to attend Cornell in the fall to pursue her career in theory of genealogy. “[Cornell ] is the most esteemed for being really innovative and improving the animal industry and making it more humane and beneficial for the animals,” stated Becker.

Making improvements to the animal industry is very important to Becker. Since she is a part of the Agriculture Program at Greeley West, she wants to continue her passion for animal agriculture as she goes on to college. Being a part of the International Baccalaureate Program at Greeley West has also helped Becker achieve her goal of attending Cornell. Taking weighted IB classes has really helped her GPA to be what Ivy League schools look for in prospective students. “They have both prepared me for college by giving me work to parallel the standards of college. Also, they have given me an incredible group of individuals to work with and rely on,” said Becker.