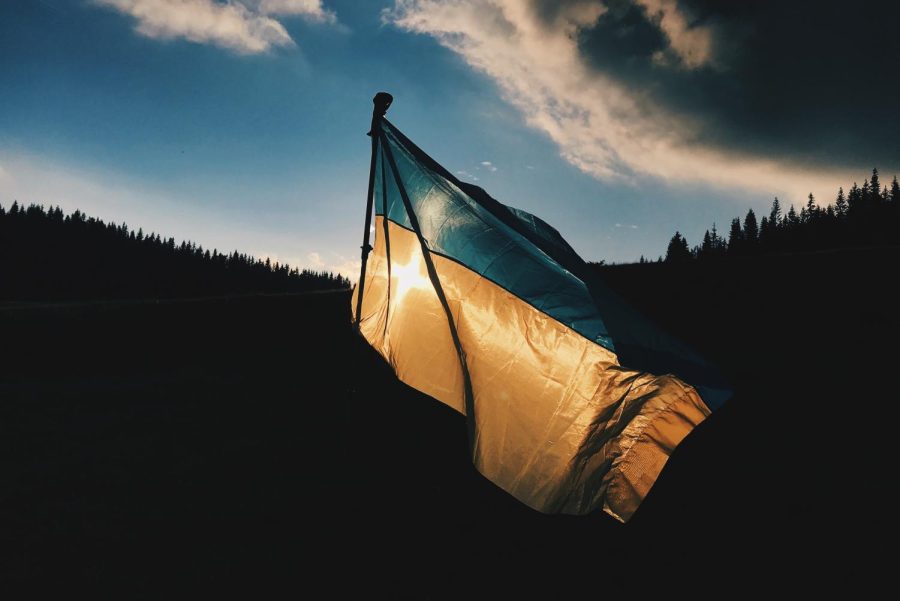 Photo by Max Kukurudziak on Unsplash

The conflict in Ukraine has social studies using current events in context of their Cold War lessons.

On February 24, the president of Russia, Vladimir Putin, decided to proceed with an invasion of Ukraine. The invasion was influenced by many things. Certain cities in Ukraine broke away from Russia for independence and Russia did not want Ukraine to join NATO, an alliance that has amassed over 28 countries including the United States.

The invasion was deemed ¨delayed¨ as Russia stacked thousands of troops up at the border of Ukraine in 2014 and in late Winter of 2021. Since then, Russia and Ukraine are officially at war and countless cities in Ukraine are under attack by missles, gunfire, and airpower.

At Greeley West, the news has been floating around especially in the history department. Many teachers in the department are having to alter how they address topics including Russia and Ukraine, some of which are tied to the recent invasion.

Mrs. Lea Sanford, one of many history teachers in the building, said, ¨ I believe this will be what people refer to when we talk post Cold War Russia and if they are able to take Ukraine it makes me very nervous for what Putin will set his eyes on next. ¨

Some staff in the social studies department feel like the conflict really won’t affect anything until they get to the Cold War era. It is being seen as a continuation of the Cold War as Putin’s intentions are to revive the Soviet Union.

Mrs. Bridget Koehler said, “As a U.S. history and IB history teacher we spend a good chunk of time studying the Cold War, alliances, and tensions during those 50 years.  When Russia invaded, we paused classes and looked at the historical context that led up to the events happening now.  We looked at the perspectives and goals of the two countries.  I wouldn’t say the events have changed the way we talk about the two countries, instead it allowed us to apply what we knew about history to better understand the situation more in depth.”